In today’s society, money is a big issue on how individuals perceive one another. The three levels of wealth being-affluent, middle class, and the indigent. A measly piece of green paper is able to determine your social status in this world, funny isn’t it?

It’s come to a consensus that money is only a problem when it comes to your actions with it.

For example, having a good amount of money can cause you problems depending on what you do with it. Say you decide to give back to your community and donate to the third-world class. According to Natasha Koifman, President of NKPR, she states in the article, “Does “More Money, More Problems” Still Ring True”, that whenever she is able to donate to the less fortunate she feels more fortunate of the money she has. It gives her a sense of appreciation for being able to have what she has. She then states,   “I think a balanced life requires a harmony between giving and taking” which pretty much sums up the idea that having money can lead to a greedy lifestyle if you don’t play your cards right.

In my English class this year, we are annotating the book “Grapes of Wrath” by John Steinbeck. Throughout this novel you’re able to get a taste of two different worlds in this novel-the affluent and indigents.

Chapter 5 in the novel portrays different perspective in the book, but focuses on the difference between the lives of the migrants and the bank, who are said to be greedy for more land. The banks job was to tractor down the landowners and take their land, “those creatures (the banks) don’t breathe air, don’t eat side-meat. They breathe profits; they eat the interest on money”. This creates a problem in the society of the expression of greed.

Because of this emotion of greed, it creates a vast separation in the two worlds of rich and poor. The rich are able to take advantage of their money, buying luxurious things for themselves-spoiling one another, whereas the rest have to work extremely hard for their money and ration out their spending. You would think that buying everything you want would come with a sense of pride, but in a way it makes you ignorant to the feelings of others whose status is below you.

In the Language of Composition textbook, one particular passage in chapter 7 stood out to me, “On Dumpster Diving”. In the beginning of this chapter it talks about how this man had become homeless due to rent issues, and he had to resort to dumpster diving with his dog. He begins the story off by explaining how he wouldn’t consider himself “dumpster diving” but rather “scavenging”. He was able to put a little light on to his situation in order to keep hope for himself, whereas he describes people who had not been through the situation as him considered his “diving” as “foraging” to be polite.

This gave me insight on the fact that people who are less fortunate than most are able to put a brighter side on to their situation because of how little they have. What could be trash to someone of a higher status, could be treasure to the less fortunate.

Overall I say money doesn’t solve or create problems, it’s the actions of the people that define the problem. We make money the excuse of our problems, because it’s better to blame something materialistic rather than ourselves.

With that in mind, throughout this entire experience of reading all these types of sources I have come to terms on being more appreciative of the things I have. Instead of complaining about a short shift I have at work because of the little money I’m receiving, I should be thankful I even got hours.

Be appreciative for what you’ve got, because you’ll never know when you won’t have them again. 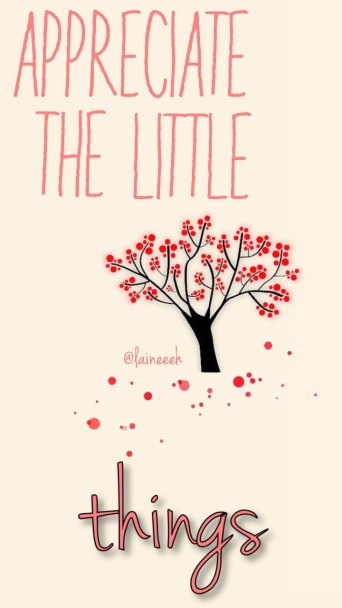